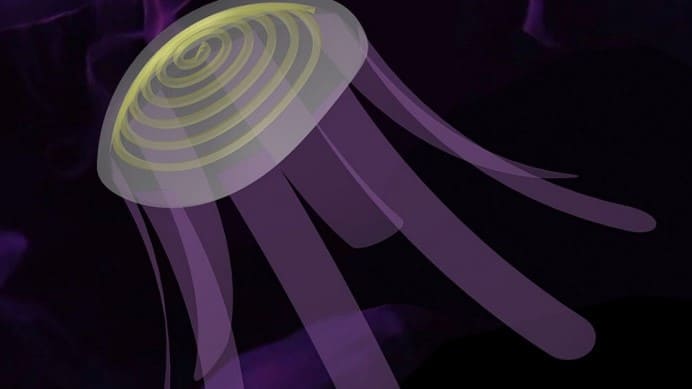 Developed jointly under the purview of researchers at North Carolina State University and Temple University, the soft jellyfish-bots make use of a technique that uses pre-stressed polymers — which strengthen the pseudo-jellyfishes’ proverbial hands.

“Our previous work focused on making soft robots that were inspired by cheetahs — and while the robots were very fast, they still had a stiff inner spine,” said Jie Yin, assistant professor of aerospace and mechanical engineering at NC State, and corresponding author of the new paper. “We wanted to make a completely soft robot, without an inner spine, that still utilized that concept of switching between two stable states in order to make the soft robot move more powerfully — and more quickly. And one of the animals we were inspired by was the jellyfish.”

Together, the researchers invented their new soft robots from two bonded layers of identical elastic polymers. The first layer was pre-stressed (or stretched), while the second wasn’t, and contained a channel of air.

“We can make the robot ‘flex’ by pumping air into the channel layer, and we control the direction of that flex by controlling the relative thickness of the pre-stressed layer,” added Yin.

However, jellyfish-bots are a little more complicated — the pre-stressed disk-like layer is stretched in a whopping four directions. Additionally, the channel layer is different, consisting of an air channel in the shape of a ring. The result is a novel dome that resembles a real-life jellyfish.

When the jellyfish-bot “relaxes,” the dome curves up like a little bowl. But when air is pumped back into the channel layer, the dome rapidly curves down, pushing water out and propelling the entire contraption forward in the ocean.Experimental testing saw the jellyfish-bot make an impressive 53.3 millimeters per second. Relative to an actual jellyfish’s average speed of 30 millimeters per second, this is worth a little praise. 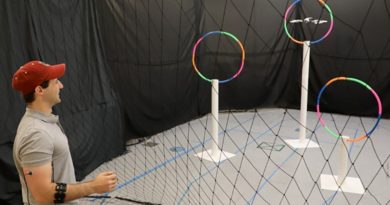 Muscle signals can pilot a robot 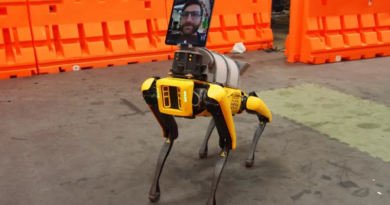