Microsoft  has added to the slowly growing pile of technologies aimed at spotting synthetic media (aka deepfakes) with the launch of a tool for analyzing videos and still photos to generate a manipulation score.

The tool, called Video Authenticator, provides what Microsoft calls “a percentage chance, or confidence score” that the media has been artificially manipulated.

“In the case of a video, it can provide this percentage in real-time on each frame as the video plays,” it writes in a blog post announcing the tech. “It works by detecting the blending boundary of the deepfake and subtle fading or greyscale elements that might not be detectable by the human eye.”If a piece of online content looks real but ‘smells’ wrong chances are it’s a high tech manipulation trying to pass as real — perhaps with a malicious intent to misinform people.

And while plenty of deepfakes are created with a very different intent — to be funny or entertaining — taken out of context such synthetic media can still take on a life of its own as it spreads, meaning it can also end up tricking unsuspecting viewers.

Nonetheless, technologists continue to work on deepfake spotters — including this latest offering from Microsoft.

Although its blog post warns the tech may offer only passing utility in the AI-fuelled disinformation arms race: “The fact that [deepfakes are] generated by AI that can continue to learn makes it inevitable that they will beat conventional detection technology. However, in the short run, such as the upcoming U.S. election, advanced detection technologies can be a useful tool to help discerning users identify deepfakes.”

This summer a competition kicked off by Facebook to develop a deepfake detector served up results that were better than guessing — but only just in the case of a data-set the researchers hadn’t had prior access to.

Microsoft, meanwhile, says its Video Authenticator tool was created using a public dataset from Face Forensic++ and tested on the DeepFake Detection Challenge Dataset, which it notes are “both leading models for training and testing deepfake detection technologies”.

The second component of the system is a reader tool, which can be deployed as a browser extension, for checking certificates and matching the hashes to offer the viewer what Microsoft calls “a high degree of accuracy” that a particular piece of content is authentic/hasn’t been changed.

The certification will also provide the viewer with details about who produced the media.

Microsoft is hoping this digital watermarking authenticity system will end up underpinning a Trusted News Initiative announced last year by UK publicly funded broadcaster, the BBC — specifically for a verification component, called Project Origin, which is led by a coalition of the BBC, CBC/Radio-Canada, Microsoft and The New York Times.

It says the digital watermarking tech will be tested by Project Origin with the aim of developing it into a standard that can be adopted broadly.

While work on technologies to identify deepfakes continues, its blog post also emphasizes the importance of media literacy — flagging a partnership with the University of Washington,  Sensity and USA Today aimed at boosting critical thinking ahead of the US election.

This partnership has launched a Spot the Deepfake Quiz for voters in the US to “learn about synthetic media, develop critical media literacy skills and gain awareness of the impact of synthetic media on democracy”, as it puts it.

The interactive quiz will be distributed across web and social media properties owned by USA Today,  Microsoft and the University of Washington and through social media advertising, per the blog post.

The tech giant also notes that it’s supporting a public service announcement (PSA) campaign in the US encouraging people to take a “reflective pause” and check to make sure information comes from a reputable news organization before they share or promote it on social media ahead of the upcoming election.

“The PSA campaign will help people better understand the harm misinformation and disinformation have on our democracy and the importance of taking the time to identify, share and consume reliable information. The ads will run across radio stations in the United States in September and October,” it adds. 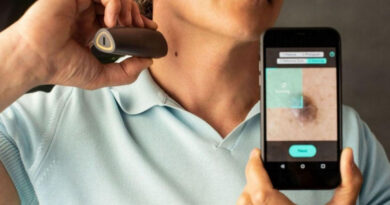