For the first time since 2011, a Japanese supercomputer has managed to claim the first spot in a global speed competition. Fugaku has beaten the Chinese and American competitors and managed to clock in a score of 415.53 petaflops, thus claiming the first position on the biannual Top500 List.

This is also the first time that an Advanced Reduced instruction set computing Machine (ARM) supercomputer has claimed the lead spot on the Top500 List. Generally, ARM processors are reserved for the world of mobile devices, including tablets, laptops, and smartphones. This makes Fugaku’s win even more brilliant.

Rene Haas, who is the president of Arm’s IP Products Group, said, ‘For Arm, this achievement showcases the power efficiency, performance and scalability of our compute platform, which spans from smartphones to the world’s fastest supercomputer.’ Arm Holdings is the Softbank-owned semiconductor company that created the ARM chips. Fugaku was able to beat Summit by 266.93 petaflops. Back in November, Summit was leading the list with 148.6 petaflops. The latest ranking included four supercomputers from the US, two from Italy, two from China, one from Japan, and from Switzerland.

Fugaku is currently housed at the RIKEN Center for Computational Science in Kobe, Japan. The original idea for Fugaku was conceived back in 2014, and the computer will become fully operational in April 2021. Almost 3,000 researchers are using it at RIKEN for drug discovery, personalized and preventative medicine; studies of fundamental laws of the universe; and natural disaster simulations. Researchers are also utilizing the Fugaku for COVID-19 research into diagnostics, therapeutics, and simulations that show the spread of the virus.

Satoshi Matsuoka, who is the director of the RIKEN Center, said, ‘Fugaku was developed based on the idea of achieving high performance on a variety of applications of great public interest…and we are very happy that it has shown itself to be outstanding on all the major supercomputer benchmarks. I hope that the leading-edge IT developed for it will contribute to major advances in difficult social challenges such as COVID-19.’ 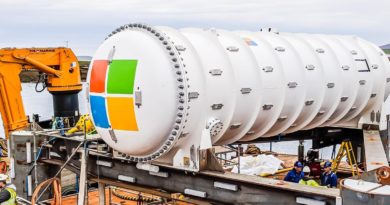